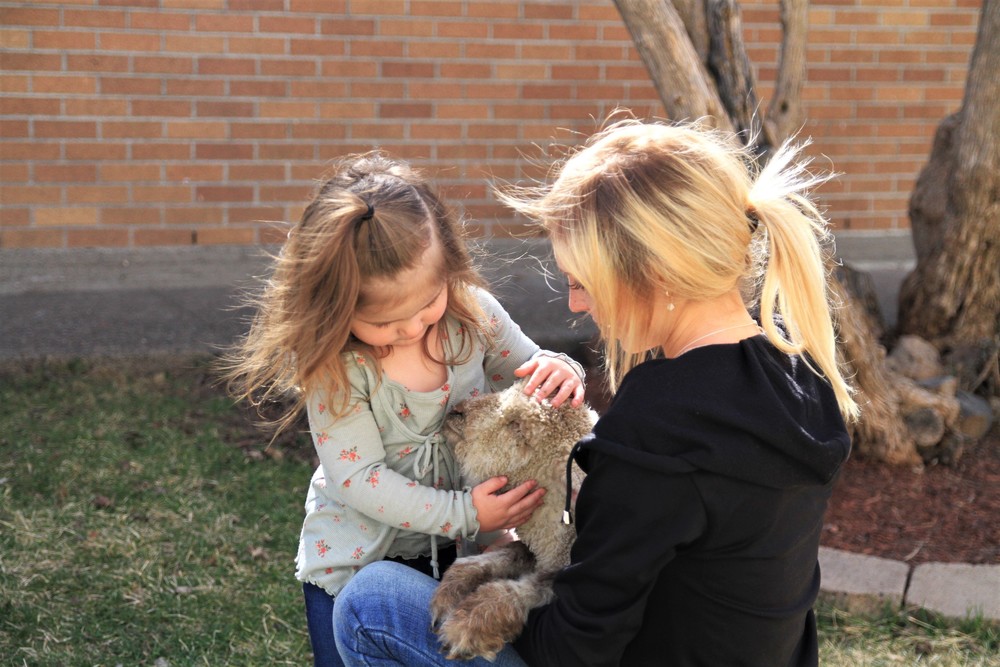 The event was a culmination of what the preschoolers have been learning for several weeks in school.

“Right now, the unit we are working on in our curriculum is farm animals, so we thought, why not have them bring actual animals,” Dena Haudenshild, Director of Early Learning, said. “Instead of in a picture, now they get to see them in person.”

The event was special for preschooler Leatha Robinson, her 3-year-old sister Dellarae and their grandparents. Leatha Robinson was not shy to pet and come close to all the animals at the petting zoo event.

Her grandmother recalls Leatha Robinson having trouble interacting with other children her age since she could remember. Being a part of the Preschool Promise Program has helped her branch out and be more involved with her classmates.

“It has done wonders for Leatha. The socialization, especially during the pandemic, kids did not have any contact. She did because she was in this program, so it has been really good for her. It has kept her from losing so much of who she could be,” she said. “She was pretty shy. If she did not have this program, she would probably be scared and very shy at something like this.”

Leatha Robinson is in her second year in the program and her younger sister will likely join her at the Klamath Early Childhood Development Center next year.

Among the many animals was an Oregon State Fair champion chicken named Big Boy, owned by high schooler Jens Nobel, a nephew of Emily Hudlund, who works at the Klamath Early Childhood Development Center. Big Boy is a type of chicken called Barama, which features vibrant white and black feathers.

Flynn the horse also stole the hearts of many at the event. Flynn, a 6-year-old miniature horse, was rescued twice before he found his current family. At his time of rescue, he was poorly malnourished that his ribs were extremely visible.

His family had to wait a year before they could buy him so that he could gain his weight back. Flynn sticks out of the crowd, now noticeably heavier.