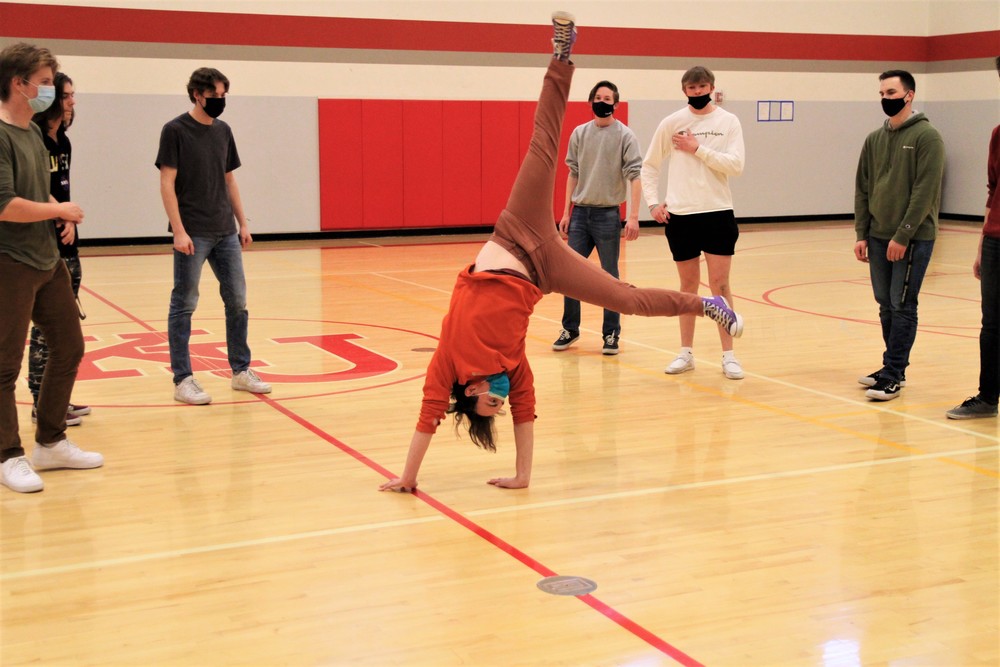 Klamath Union Associated Student Body will be bringing back a school tradition that was originated in 2005.

Mr. Pelican is back.

KU’s parody of Miss Klamath County, Miss City of Sunshine will be returning at 7 p.m., April 1 at the Ross Ragland Theater.

The year 2019 was the last time the Mr. Pelican Pageant occurred after the impact of COVID-19 in schools.

The pandemic was certainly felt in ASB last year as less students wanted to join.

For KU ASB Vice President, Braden Dawson, Mr. Pelican was all hot off the press news.

“Mr. (Tony) Swan brought up in a meeting if we were to be bringing back Mr. Pelican. I did not know what it was. I asked the seniors what it was,” Dawson said. “I kind of lost the tradition, in sense. There is an excitement to get back to the old traditions.”

Dawson, a sophomore, along with junior ASB President, Natalie Krueger, have been working tirelessly along with their fellow student body leaders to make the event as memorable as it has been.

As custom, the occasion will include a beneficiary. The day of the event, there will be a miracle minute to fundraise money to go toward this year’s recipient, Marlee, a first grader from Conger Elementary School battling cancer.

“Anytime we can get another school involved, we do. Being able to help a future KU student is really rewarding,” Dawson said. “I think that is why the guys are really excited to be here and sacrificing their lunches.”

Krueger and Dawson brainstormed in a meeting with Swan and ASB advisor, Matthew Hill, seeing who would make a good recipient.

They found one after Swan reached out to the elementary schools at Klamath Falls City Schools to see if anyone fit that need.

In some years, Mr. Pelican has had two beneficiaries. The event in 2019 did not have any beneficiaries, so funds since then will be added to what Marlee will receive. As of now, $7,000 has been accumulated.

Krueger and Dawson each had the opportunity to meet Marlee.

“We wanted to plan someone who we thought was worthy of the money and could go a long way for them,” Dawson said. “We went into her school and talked to her a bit. She was very kind and it was great to meet her.”

Tickets can be found online at https://www.ragland.org/event/ku/. Admission for adults is $20 and $10 for students.

Unfortunately, not every male at KU wants to be a part of a male pageant show but there were over 15 willing students, within the span of a week, who originally wanted to be in the show.

From there, the pool was dimmed down to 10 contestants. The students that will participate are Alex Prosnik, Carson Joyner, Dean Owen Garlitz, Drew Foster, Jaxon Merhoff, Juan Perez,

Logan Strohp, Ryan Nork, Scott Neuport and Stephen Mauer. One of the 10 contestants will take home a scholarship fund.

The night will feature several dances the group of guys came up with. The event will be judged by local alumni and community leaders. There will be a senior bake sale to raise more funds as well. Additionally, there will be a question portion for the contestants, and will include a part where if they wrote a letter to their mother, what would it say. There will also be a moment for a silent auction where senior parents can raise money for the senior class graduation.

The student leaders have been quite open to new ideas for this year’s Mr. Pelican. At first, contestants wanted to include a boy band group performance but was later removed. Krueger said she wanted the contestants to feel more at liberty and try skits that might have been frowned upon in the past in order to individualize themselves.

The group of student leaders, collectively, agreed on what will be included in the dances. There have been disagreements but the students make sure to communicate with Krueger and Dawson for final decisions.

There is plenty of experience in ASB when it comes to performing in order to make the show live up to the expectation.

Alexis Dahm is a gymnast and did dance, Grace Lassett-Egbert is captain of the KU cheerleading team and Baylin Amos has dance experience.

In all, there are only three Pelicans in ASB who heard of or went to the last Mr. Pelican event. “We are doing just what we know. We are kind of making it up as we go, which has worked out,” Krueger said.  “We are trying to keep the tradition alive with our own spinoff. Them as a group, especially. I have seen so many bonds been born just by this, between me and them and everyone in there collectively dancing.”

The contestants have come along way after not being able to get through the first count during their first practice.

Dawson spends his time also working at the Ross Ragland, working on the technical side of activities at the theatre but has noticed the effort and collaboration the event has produced.

“I had the choice of going to all the schools after moving here, seeing how the students and teachers interact, it is not like any other school in the basin,” Dawson said. “The teachers truly care for the students. I think that is reflected by how the city (schools) cares for the other schools as well.”

In preparing for the pageant, Krueger and Dawson ran across several roadblocks, one being the difficulty of raising funds. Some businesses who gave to the event in previous years, were reluctant this time around.

To help raise money, ASB came up with the idea of having a Color Run event, and will be at 10 a.m. March 26 at Modoc Field. The entry to participate will be $10 per person, with all funds going toward Mr. Pelican.

“My main concern is to help someone in need, which is the main reason why I became president was when I heard we were going to be helping someone,” Krueger said. “All these fundraisers, who we would make happy with our school dances and seeing so many smiling faces. That is what got me to do this. A male pageant show seems to turn away people at first but the people who knew about it really wanted to make it happen again this year.”