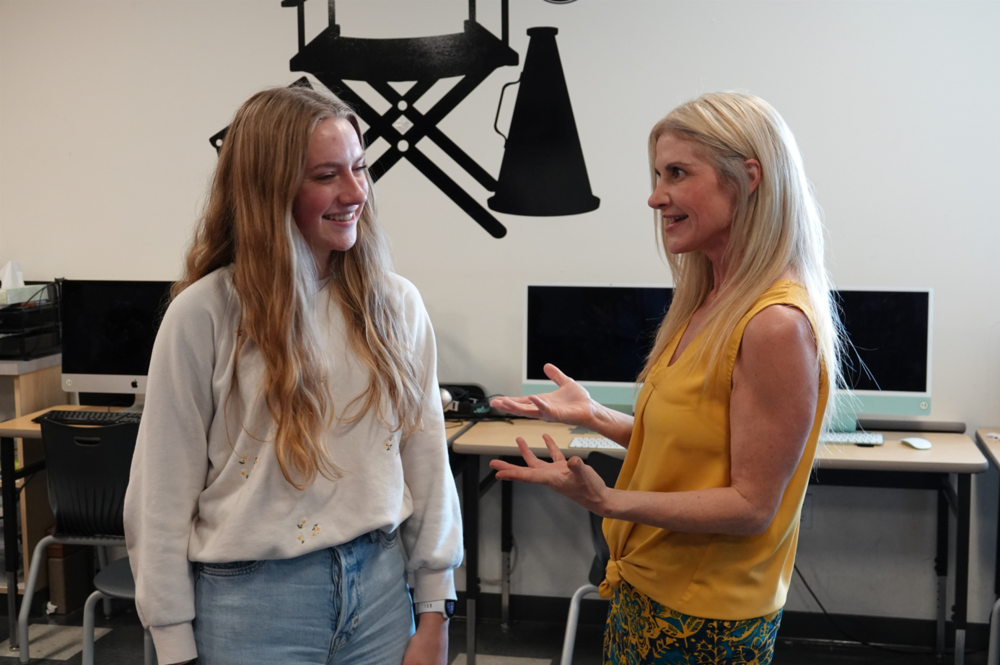 In early April, the Klamath Union senior earned a remarkable achievement when her video, named Fire Season, was one of the second-prize high school west division winners in C-SPAN Classroom’s StudentCam documentary contest. The second-place finish additionally came with a scholarship.

Her video highlighted key wildfires which have occurred in Southern Oregon in recent years, as well as explaining the concept of the national cohesive strategy to maintain and prevent wildfires. 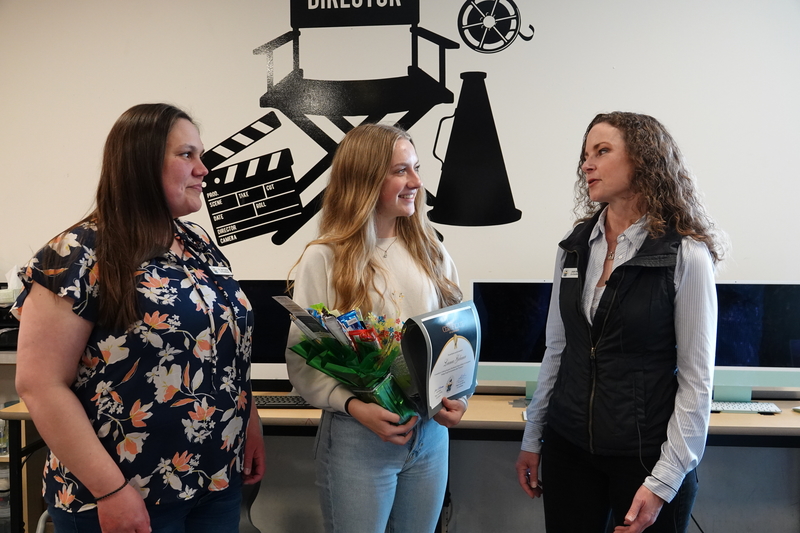 Commissioner Minty Morris was taken away after she heard how far Gebauer’s video went in the national competition.

“That is totally bonkers. I was unclear as to what a big deal it was until I got here,” Minty Morris said. “This is a really, really big deal. I want to personally thank you, on the behalf of Klamath County, for representing our community so well.”

No one in the room had an idea about what was going to come next.

Dr. Fenton and Barram followed by presenting Gebauer with a certificate of achievement for her beloved video.

Barram then took the air out of the room.

“I also wanted to extend an offer to you that we would like to hire you for some part-time video production work in the future to do some more great work,” Barram said. “You explained how the cohesive strategy is important both to the landscape and the communities that live in it.”

Echoes of ‘wow’ from her peers filled the room.

The video took a special place in the heart of Fenton, who spent her dissertation explaining what Gebauer eloquently explained in her documentary. Fenton is a local and graduated from Henley High School in 2005.

“In my dissertation, I had to fight hard to get approval and was developing community resilience to wildfire through emergency response management and flipped it. I went to emergency managers to see what can we do from a fire standpoint to teach the community,” Fenton said. “I think a lot of people in the higher ranks of fire did not really think to break it down that simplistically to explain this is why it is important. It is a really complex topic when you have everything together but that one video it is, oh my gosh, amazing. As a fellow Klamath County student, well done. Way to represent us. To have a student take a completely different angle than I did from my studies is incredible.”

Fenton, Barram and OLWF contract administrator Joe Studler came upon the decision to offer the KU senior a part-time position. OLWF works on coordinating with its stakeholders in Crook County, Deschutes County, Jefferson County and the northern part of Klamath County.

Barram was persistent in wanting to recognize and utilize Gebauer’s talents.

Her video, through OLWF, was picked up and seen by over 17 states.

“What that says to me is the popularity of this video and the work that went into it is reaching an audience that maybe we have not been able to reach before,” Barram said. “Linnea showed how fire can be used on the landscape to help our communities become more fire adapted. It touched on the pillar of a coordinated, safe and effective response when wildfires occur for our communities.”

As of now, OLWF does not have a video, media outlet.

Barram and Fenton work with two forest collaboratives, as well as fire departments, which both work with the national cohesive strategy. 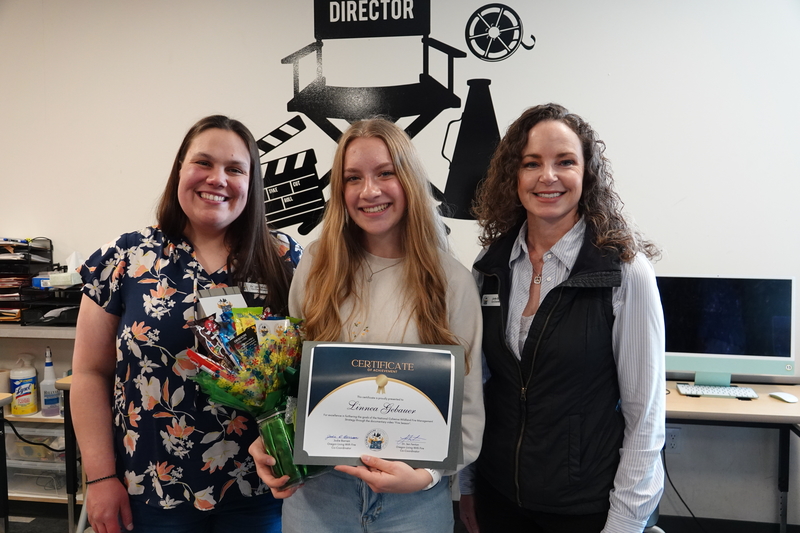 Gebauer’s video will be able to be seen year around, not just in the summer as Fenton said she has already had coworkers busy in wildfires.

“How we tell that story, we need someone like Linnea that can help us do that because that is not in our wheelhouse. When we saw the video, we knew we want to hire her to do more work,” Barram said. “If we can tell that story through her lens, that would just be phenomenal. We have not had someone like that before.”

Gebauer’s summer has been booked.

On top of the part-time position, she was offered to have a paid tour at Whiskeytown National Recreation Area, a park 15 miles west of Redding.

Surprisingly, Gebauer is not certain if she wants to study videography or media and will go to Occidental College in Los Angeles next year. She plans on majoring in chemistry or biology.

Before she heads off to college, she will be helping out Stearns in an orientation camping trip the KU digital media program will be having before the start of the following school year.

“I just thought there would be a certificate on the desk and I would pick it up on my way out of here but I am so glad they were able to make it down,” Gebauer said. “Having a job opportunity on top of it, that is crazy to me. Everything through this video has been a domino effect. I definitely want to keep doing this kind of stuff. I am not sure if I want to make it my main career but I want to keep making videos.”